Better Know A Staffer: President of the General Assembly 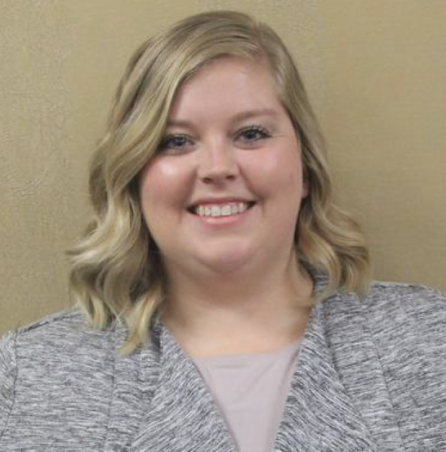 Posted on September 30, 2019 by Christina Johnson  in Just for Fun, MUN Tips and Tricks

The President of the General Assembly (PGA) is one of the primary faces of the Conference, so I want to introduce you to the role as well as this year’s PGA, Dr. Alexandra Middlewood (or, as we know her, Alex). Feel free to congratulate her the next time you see her as she just finished her PhD! While many participants in American Model United Nations (AMUN) only see the PGA gaveling in and out to open and close the Conference or during the General Assembly Plenary on Tuesday, the PGA serves a much greater role during the entire year and throughout the Conference.

Alex’s involvement in Model United Nations began when she was a sophomore in college working towards her undergraduate degree at Central Michigan University. She was able to take a class for credit, which included attending the AMUN Conference. Like a past SG, she was inspired by Mary Kate and Ashley’s movie Winning London, and she was incredibly excited to participate in a simulation of the UN in the beautiful city of Chicago, even if it was not quite as exciting as London. After participating as a representative for three years, Alex began her graduate school studies and took a year off of AMUN but decided she missed it too much, so she joined staff. She initially wanted to be a president in a Security Council simulation, but she was assigned as a GA/ECOSOC committee chair and eventually took on a leadership role in the department.

The President of the General Assembly is the Conference’s front-line expert on the AMUN Rules of Procedure, and one of her primary tasks is to train the rest of the Committee Chair (CC) department.Through collaborating with the current year’s Vice-Presidents of the General Assembly (VPGAs), the Director of Security Council Procedures and the Rapporteur team, the entire dias staff is trained so that they can chair committee sessions, ensure rules are used properly and facilitate the work of the body.

Dr. Middlewood’s favorite part of Conference is seeing everything play out smoothly at Conference, including seeing everyone flawlessly executing what has only been practiced in training up to the Conference. Also, she gets enjoyment from training the CC department because she likes interacting with individuals and is very used to training and presenting in front of people. On top of this, she appreciates receiving feedback from members of the CC department, whether things are going well or they are struggling with something, and being able to respond to that feedback in a positive and efficient manner.

Additionally, the PGA sits on the Rules Committee along with the VPGAs, Director of Security Council Procedures, Director of Rules and Procedures (a member of the Executive Office) and the Secretary General (SG). This body makes decisions on any rule changes requested and deemed necessary during the Conference. These changes are not taken lightly, and the decisions are made utilizing the AMUN Philosophy, the history of the rule at AMUN and the rule at the United Nations.

Beyond being the rules expert, the PGA is usually on the Executive Committee (EC). Serving on the EC this year means Alex has the opportunity and duty to help plan and put on the Conference for the benefit of Secretariat members and participants. She has a hand in making all of the decisions for this year’s Conference, which include a variety of issues, from training Secretariat members to ensuring the schedule for all participants is accurate. Alex is enjoying being on the EC this year because it makes her think more broadly about the conference and how every smaller piece interacts and fits together to form a successful AMUN conference.

While being PGA takes up many hours during her week, Dr. Middlewood also has a life outside of AMUN. Up to this point, she has spent her entire AMUN and AMUN Staff experience as a student, so she is excited to continue her AMUN journey in her first year out of school. Although, she will still be on a school-year schedule as a professor, and she will also be serving as the MUN Faculty Advisor at Wichita State University. As you might be aware, there isn’t much free time for outside hobbies beyond studying while you are in graduate school, so she is currently re-learning how to have fun, including spending time with her Husky, Max! Also, in true professor fashion, she enjoys reading, museums and historical sites, as well as movies and travel, which are arguably also academic-related interests. As a final fun fact, Alex is also fluent in American Sign Language, and she could sign even before she could talk!