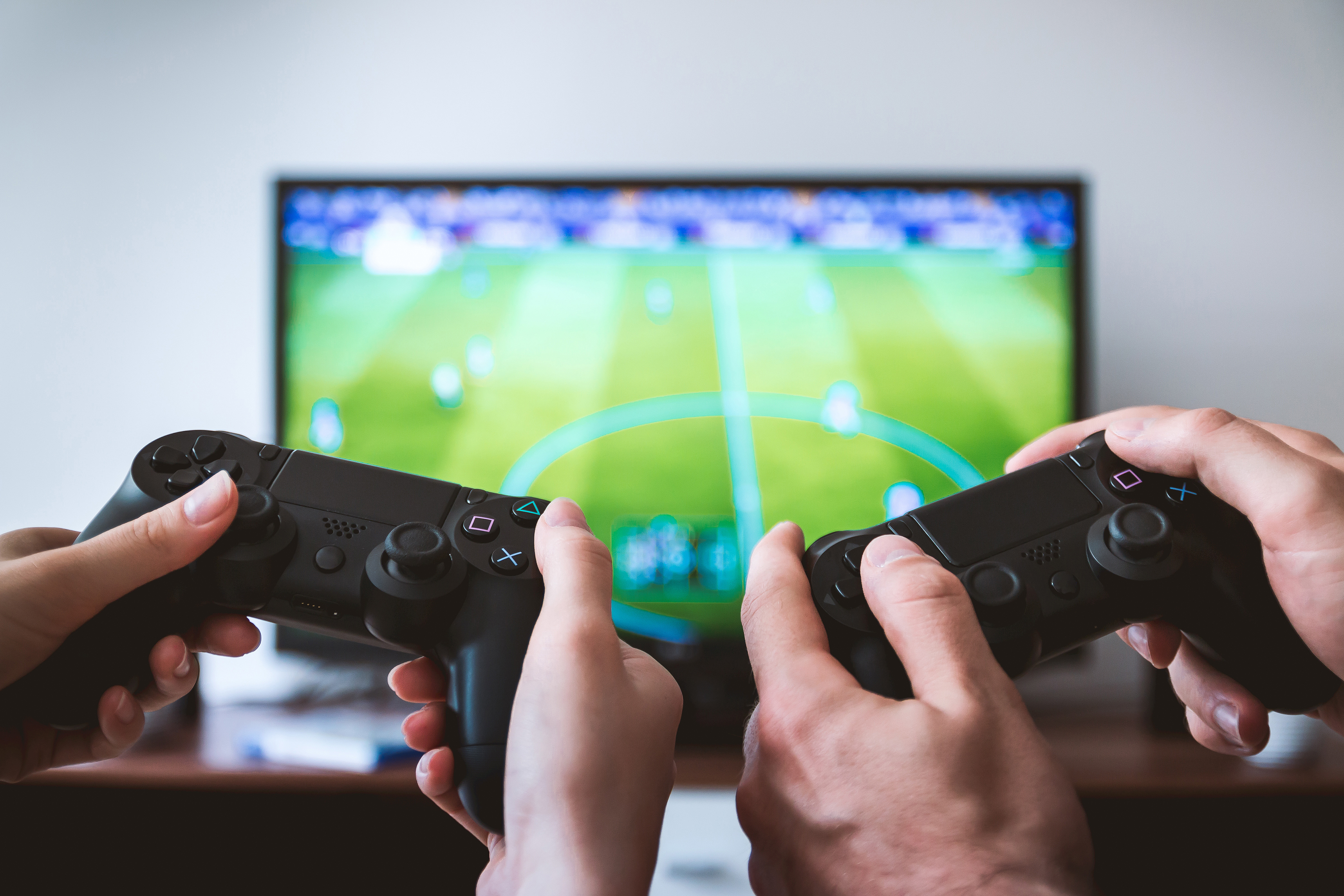 Two players playing video games on TV at home.
Posted on July 24, 2019 by Stephen Wright  in Just for Fun

When it comes to education and health at the United Nations, video-games are a double-edged sword. On one hand, they can be used to develop skills that can be transferred to other contexts. City-building games such as SimCity develop strategic planning skills and narrative games involving moral choice, such as the Bioshock Series and the Fallout Franchise, can make the player’s values more explicit, and open up a space to explore those values and the consequences of a player’s actions(simulated, of course). On the other hand, games present a public health crisis, as some players shrug off family and work responsibilities, and opportunities to engage in less-sedentary activities, in favor of time spent gaming.

Let’s start with the down-side. The World Health Organization (WHO) included gaming disorder in the 11th Revision of the International Classification of Diseases (ICD-11). The WHO classifies the disorder as occurring when it significantly and detrimentally affects other spheres of an individual’s life, and can be attributed to video-gaming, or video-gaming behavior.

At present, the WHO recognizes only a small population as being affected by the disorder. Specifically, the WHO states:

“Studies suggest that gaming disorder affects only a small proportion of people who engage in digital- or video-gaming activities. However, people who partake in gaming should be alert to the amount of time they spend on gaming activities, particularly when it is to the exclusion of other daily activities, as well as to any changes in their physical or psychological health and social functioning that could be attributed to their pattern of gaming behaviour.”

The rosier side of video-gaming is its potential to entertain and educate simultaneously. Along with the narrative-based games mentioned above, Revolution 1979 serves as a prime example of a game that may promote empathy. In the game, the player takes control of a young photographer during the time of the Iranian Revolution. Difficult choices are made under extreme time pressure, including, at various points, who lives and who dies in the game. Historical notes are interspersed into the game in a way that isn’t clunky, that invites their examination, and adds to the experience instead of taking away from it. To players of other cultures, the game can promote empathy for the multitude of positions, excitement and confusion of Iran during 1979 (while, of course, recognizing the limitations of the experience).

Revolution 1979 is one of several games that Paul Darvasi argues may promote empathy in a UNESCO paper that you should check out. And besides this paper, the United Nations has itself created games, such as STOP Disasters, which is aimed at helping students learn to build villages safer from disasters and Minding the Gap, which focuses on education inequality.

Want a less involved game? The United Nations World Food Programme’s game Free Rice promotes literacy and works to combat world hunger. For each question that a player answers correctly, ten grains of rice are donated to the United Nations World Food Programme. The game is effective at promoting literacy because the questions become increasingly difficult. As the player answers questions correctly, their total of rice donated is displayed, as well as the day’s total rice donated for all players.

The future relationship between video-games and the United Nations remains blurry. Perhaps the United Nations will develop games akin to Revolution 1979, with the goals of promoting cross-cultural dialogue and empathy. Maybe emerging technologies, such as virtual reality and augmented reality, will create a more widespread health crisis. Or these technologies may be pervasively used to simulate gamified learning experiences relevant to the mission of the United Nations that require (virtual or physical) embodiment, similar to doctors at Stanford University training on surgical techniques and procedures. Time will tell. But at present, to the United Nations video-games remain a double edged sword.

Together as Major Influencers