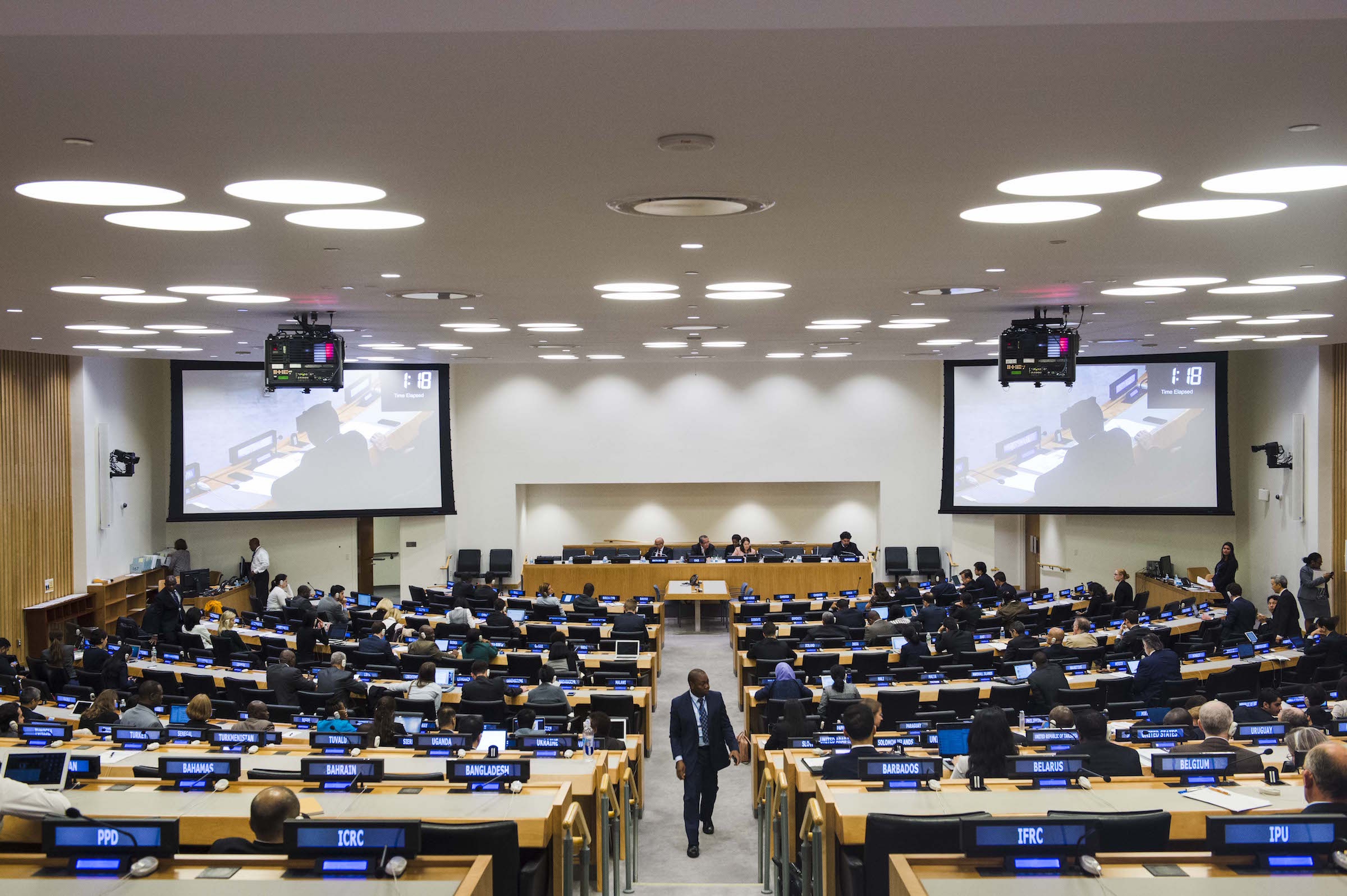 Second Committee
Posted on May 15, 2018 by Jacob P Torres  in Turtle Bay

Additionally, GA2 considers specific issues relating to groups of countries in special situations, such as the topics discussed in 2017: the Arab Population in the occupied Syrian Golan over their natural resources and the permanent sovereignty of the Palestinian people in the Occupied Palestinian Territory, including East Jerusalem.

Under the rules of the General Assembly, the work of GA Committees can only begin once the general debate of the Plenary body is concluded. This occurs annually from early to mid-September. The time frame and schedule of the committee work is decided by the General Assembly at the beginning of each session. The Second Committee generally begins its work in the first week of October and concludes its work in the last week of November. The Second Committee does routinely make use of short extensions to guarantee the completion of its work. During its working time the Second Committee typically passes about 45 resolutions, mostly by consensus. Most resolutions are first discussed, then tabled by the G77+China before they are negotiated by the Committee. All of the G77+China proposals are commonly submitted by one Member State each year. For example, in 2017 Ecuador submitted all the proposals on behalf of the G77+China.

In its most recent session, the General Assembly Second Committee, currently chaired by His Excellency Sven Jürgenson of Estonia, opened with a general debate, followed by a keynote address from Professor Arvind Panagariya, who serves the School of International and Public Affairs at Columbia University as Professor of Economics and Jagdish Bhagwati Professor of Indian Political Economy. As side events, joint meetings, and meetings with the regional bodies Executive Secretaries took place, GA2 adopted 42 proposals.

While the work of the Second Committee is of a more behind-the-scenes nature as the work to establish programs that help least developed countries rise to the Sustainable Development Goals, it is nonetheless important. In 2017 they discussed a wide range of topics including:

In recent years, perhaps the most important action taken by the Second Committee was Resolution A/RES/64/236 a resolution passed by the General Assembly, based on a report of the GA2 that was key to helping get the United Nations Conference on Sustainable Development Rio+20.

Follow the news of the General Assembly Second Committee at the UN News Center or by following @UN on Twitter or following the United Nations Facebook Page.