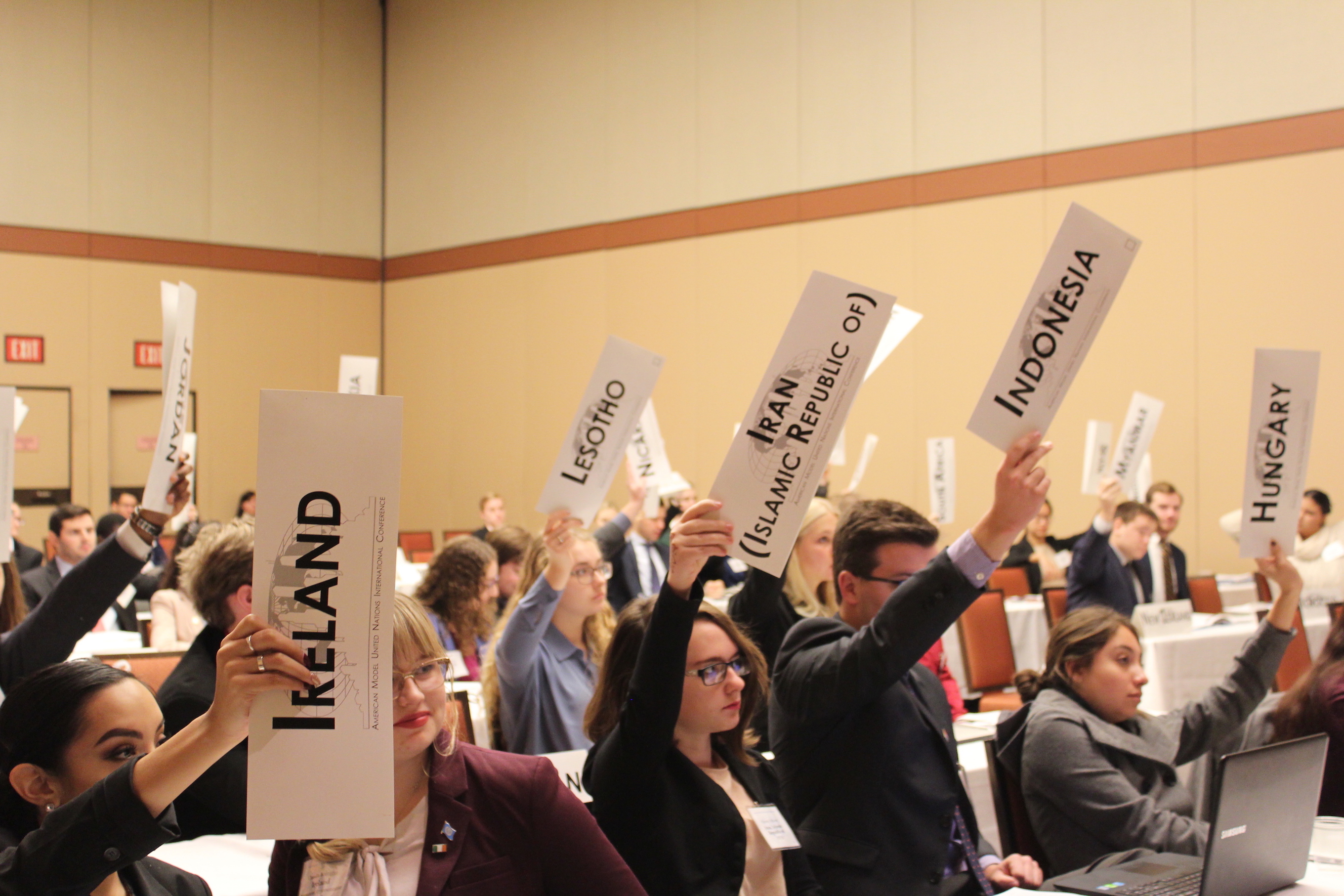 Representatives vote on a motion at the 2017 Conference. photo: Aaron Jorbin
Posted on February 6, 2018 by Brianne Reeves  in Two Point Two

We are pleased to announce the final topics for 2018 AMUN Conference agenda. We will be using the AMUN Accords, Facebook and Twitter to publish items related to these topics throughout the year, and we will publish our complete background guides in the Issues at AMUN handbook in the fall.

World Health Organization Executive Board (WHO)

Commission on Population and Development (CPD)

Historical Commission of Inquiry of 2005

We think this is a great agenda: packed with relevant, timely and important topics with global appeal. There’s plenty of room for consensus-building, negotiating on areas of disagreement and creative problem-solving. Thanks to everyone who gave us important feedback during the Committee on the Agenda meeting at the 2017 Conference.